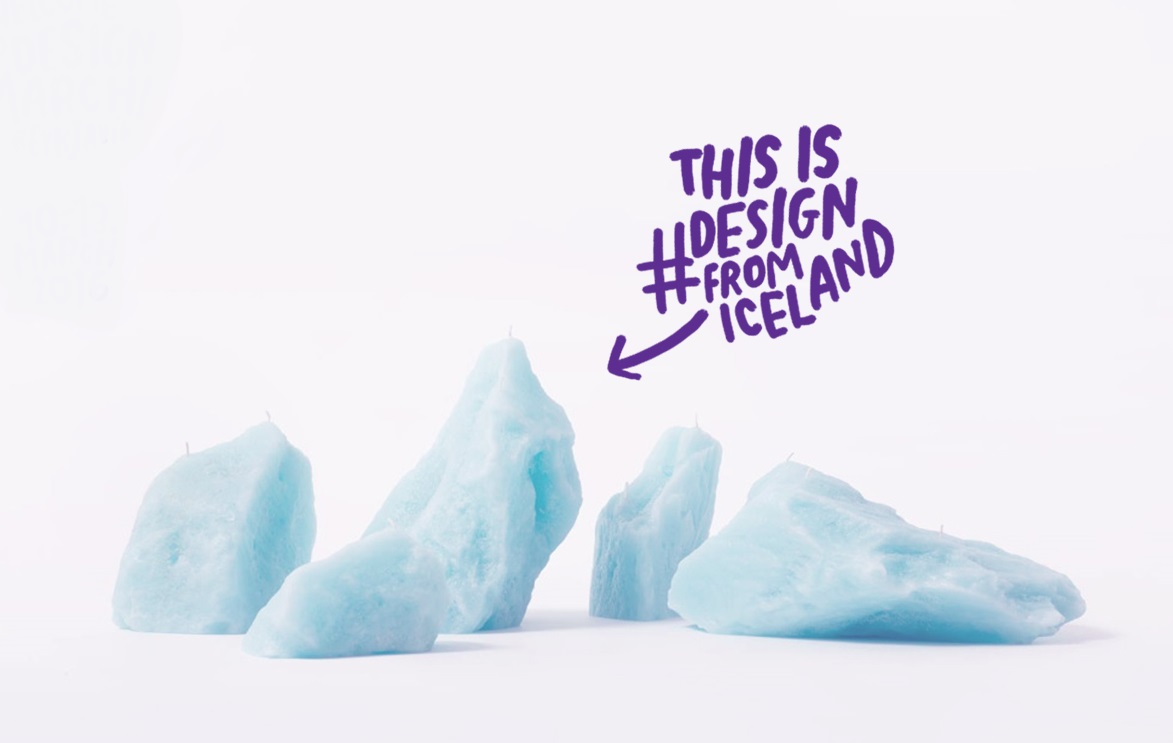 Iceland is something larger than the Czech Republic in area. However, the number of inhabitants is less than in the second largest Czech city Brno. Family atmosphere, specific natural and economic conditions and a good dose of Nordic flair makes Iceland a confident interesting place to explore. Kamila Matějková, project manager of CZECHDESIGN, examined for two months the conditions and opportunities of design on the icy island, working alongside Icelandic colleagues and examining the Icelandic and Czech design scene which have a lot in common.

ICELAND vs. CZECH REPUBLIC
Although at first glance it may appear that the situation in the area of design is very different in Iceland and in the Czech Republic, a number of influential factors are common to both the countries. Until the early 1960’s Iceland’s economy was closed and the importing of foreign products was limited. One analogy, though certainly with very different causes and degrees of impact, could be seen in the situation in the Czech Republic before 1989. With the passing of 30 years, both Iceland and the Czech Republic experienced a rapid increase in the influx of foreign capital and goods, which has not occurred without having any consequences for the local industries and their infrastructure. The design scene in both the countries is very small and the lack of balance between the number of creatives and the demands of local companies is self-evident. In addition to the competition within their own countries it is also necessary to be able to face competition from the outside, whether this concerns close-by Scandinavian countries and the UK in the case of Iceland, or the traditional top design centres that are neighbours of the Czech Republic, i.e. Germany and Austria.

THE ICELAND DESIGN CENTRE
This umbrella organisation for Icelandic design is funded by the Icelandic Ministry of Education and Culture and also the Ministry of Industry. The aim of this centre is to promote design and architecture as tools for improving the life of society and for supporting all the design disciplines as representing a living aspect of the Icelandic economy in order to increase Iceland’s competitiveness. One of the most important events that is organised by the Design Centre, is an international festival and conference known as the Design March, which took place in March 2016 and was already being held for the ninth time. It is a festival that presents the best features of the local design scene, together with some specially selected international names.

WE EXPLORE OPPORTUNITIES
As a result of a two-month research internship in the organization Iceland Design Center Kamila Matějková made a research study “Conditions and opportunities for the transfer of experience in design from Iceland to the Czech Republic”, which summarizes her experience and know-how, outlines several activities and approaches suitable for transfer to Czech conditions and provides an overview of the situation in the field of design in Iceland.

BIO
Kamila Matějková, this Charles University graduate in Art History, thanks to her current study of Arts Management at the University of Economics, is devoted to the concept of combining the artistic and the economic aspects of the creative disciplines, specifically in the field of design. Since 2011, she has been active in CZECHDESIGN, where she has been working on projects that are designated for the strategic development of this discipline and also for the promotion of the introducing of design into practice. She is the author and the co-author of numerous articles, exhibitions and publications on design, amongst others a methodological publication for businesses entitled Why Design?, which is about the process of introducing design into practice, or of scientific studies on the topic of the situation of Czech design in the publication entitled “Mapping the cultural and the creative industries in the Czech Republic” that was published by the Institute of Art – the Theatre Institute.